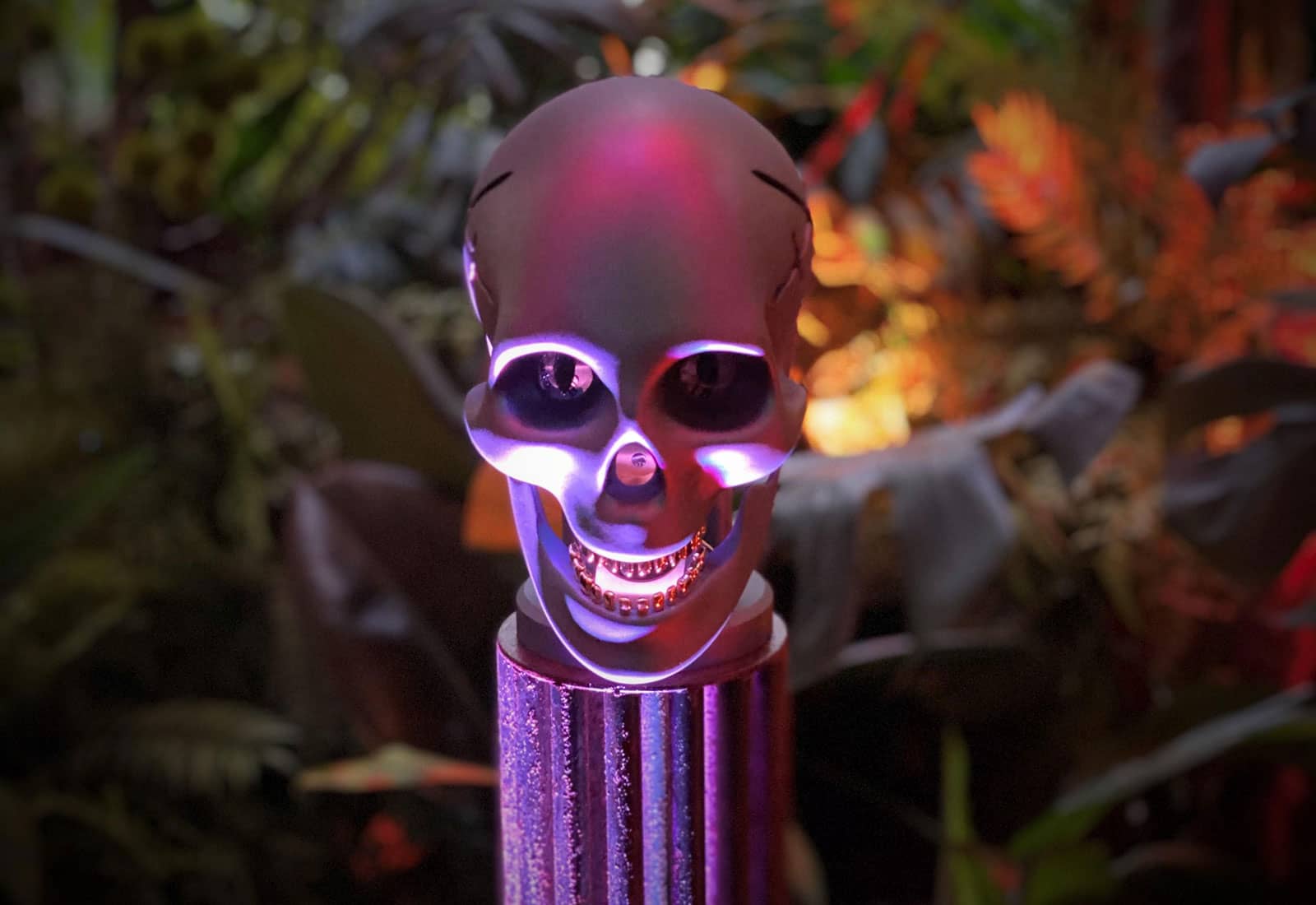 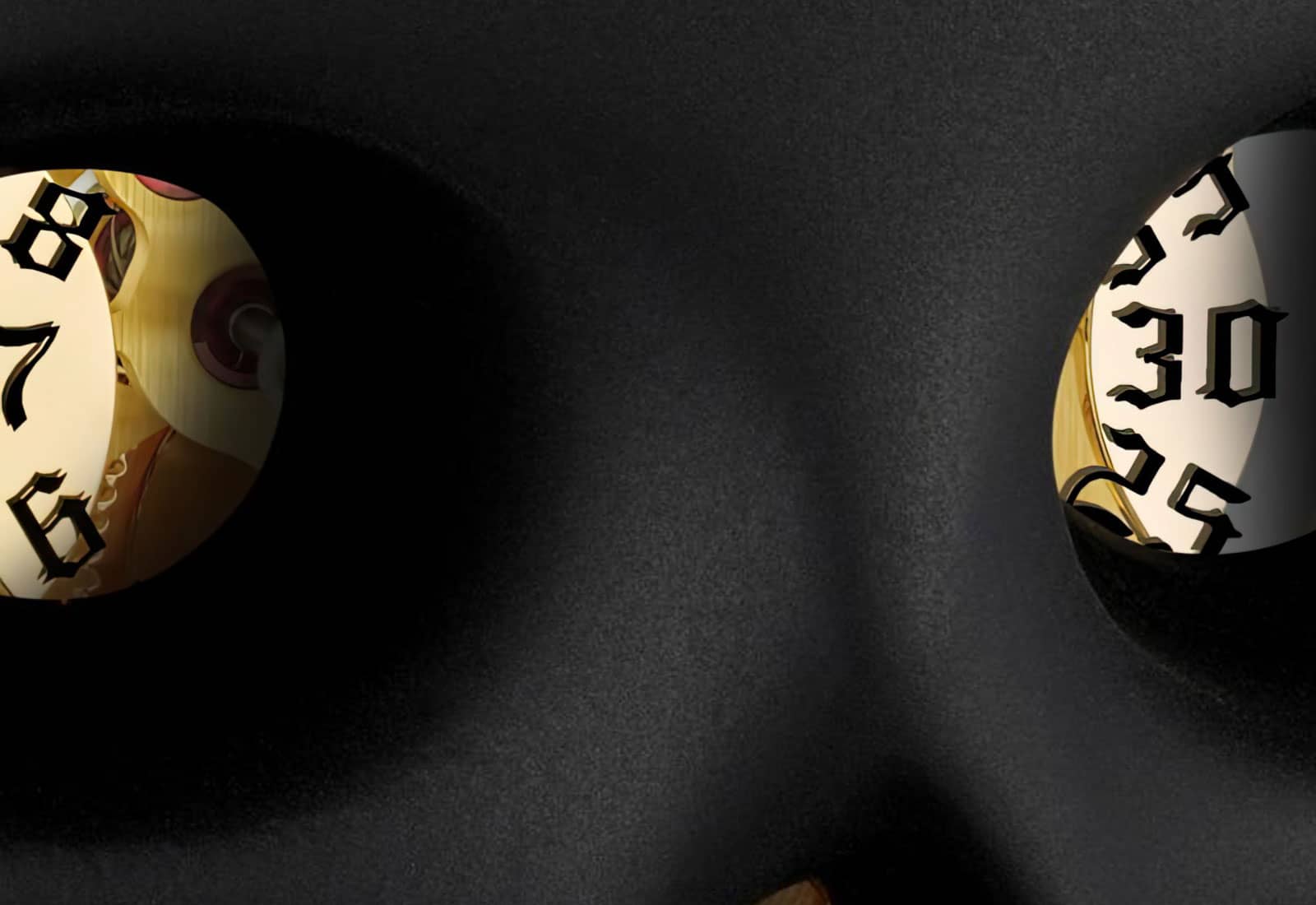 A << slow >> jumping hour and sweeping minutes are displayed in the eyes of the skull. 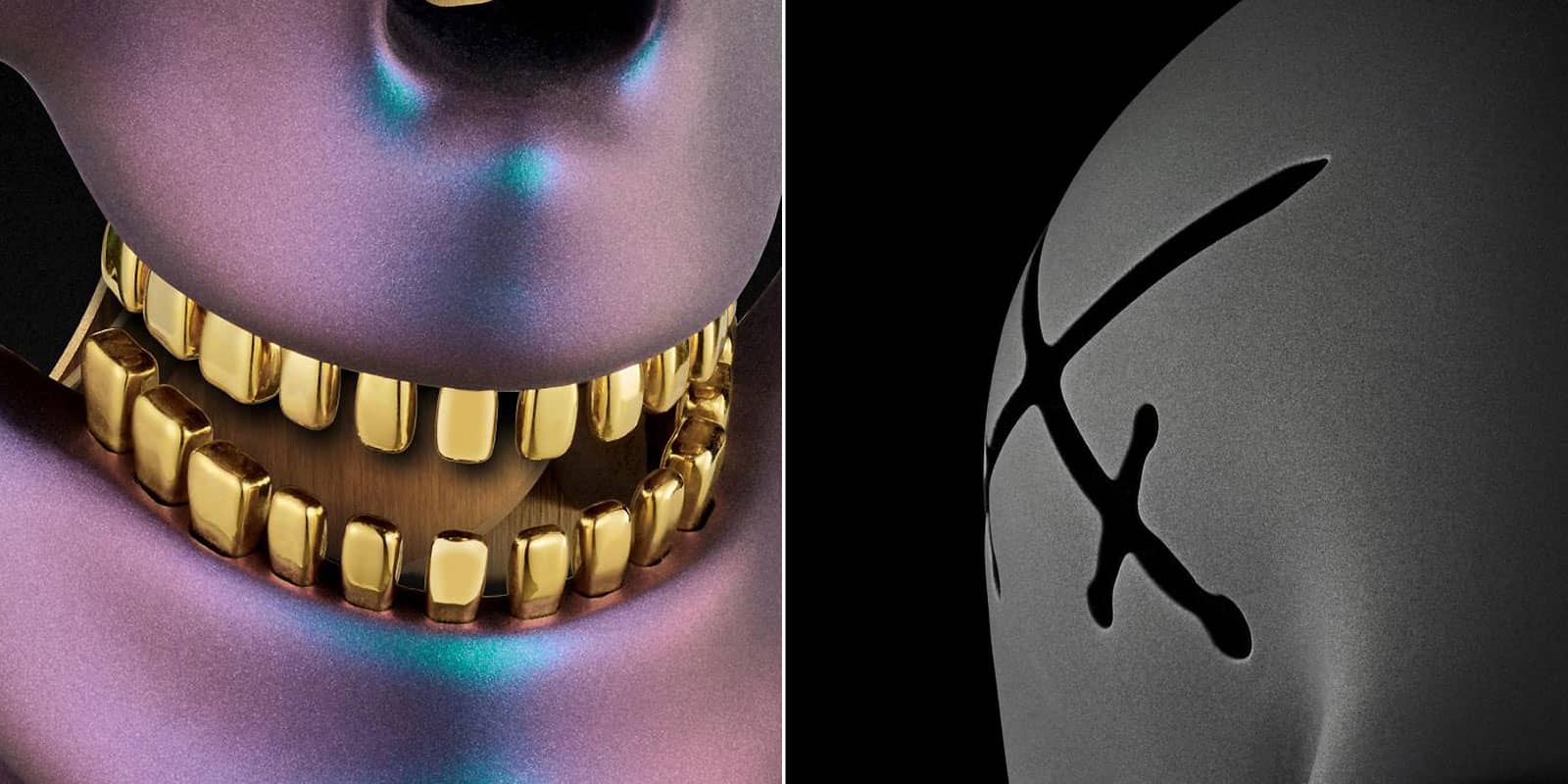 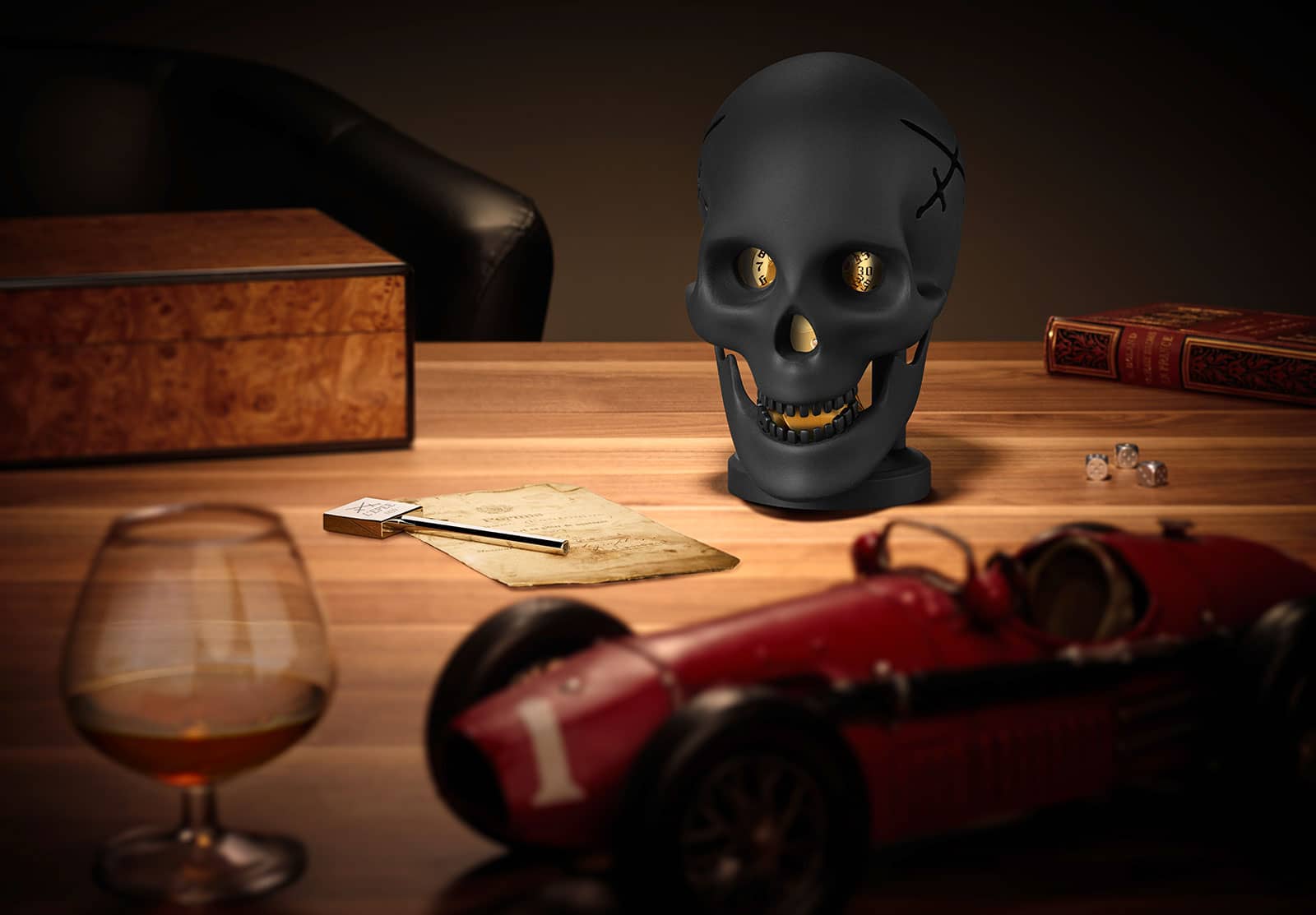 Memento Mori. Translated as "Remember that you are going to die", the timeless artistic theme reminds Man of the humility he must show in the face of mortality. L’Epée 1839 and Kostas Metaxas confronted and celebrated this genre with the sober, contemporary and visually delicate Requiem. Kostas Metaxas (magazine editor, film producer, art and technology enthusiast), chose to place the horological mechanism deep in the center of a skull--merging life and time. The eyes are spectators of time passing in the skull’s sockets. The reading of the hours and minutes is achieved by two transparent discs placed respectively in the right eye and the left eye. To know the time, you must face your fears and look Requiem in the eyes.

THE MOVEMENT
The movement is composed of 160 pieces entirely designed, finished and assembled in the workshops of L’Epée 1839. The hour and minutes are displayed inside the eyes by a system of discs with stamped time indications. L’Epée 1839 adds a new complication to its 8-day movement in this work: the disc mechanism displays a «slow» jumping hour and sweeping minutes respectively.

With a conventional jumping hour indication, it is difficult to know whether the jump has already taken place or not—making it possible to misread the time. To avoid this, L’Epée 1839 developed a «slow» jumping hour. As a result of this complication, the hour disk remains stationary during the first 55 minutes of an hour. When it reaches five minutes before the new hour, instead of jumping instantly, it starts to slowly turn. This gradual jump makes it easier to notice the movement and tell the time.

With an 8-day power reserve, Requiem must be rewound each week. This act is made uniquely intimate with the key’s placement at the base of the skull. From the nape of the neck, or more precisely the cervical plexus, all information wills and decisions are sent to the body. In Requiem, it is the source of energy necessary for the proper functioning of the table clock. The unique key is also used to set the time.

THE SKULL
Far from the traditional clock, the 4.5lbs of skull can disturb even in all its sobriety. The L’Epée 1839 emblematic two crossed swords placed on the temples of the cast aluminum skull allow reflections of light and thought for the movement. The realistically designed jaw is composed of 24 teeth. Each story, each life, each skeleton is unique, bearing the stigmata of time. L’Epée 1839 has deliberately left small defects, specifically, individually and harmoniously located on each skull, as a sign of life, leaving you to imagine a story and making each timepiece unique.

The skull rests on two pillars, evocative of the two trapezius muscles, in the middle of which the key is positioned. The aluminum base ensures the stability of the clock.