ClockClock and A million Times editions are kinetic art sculptures and functioning timepieces produced & assembled by the interdisciplinary art & design team Humans since 1982 in Stockholm, Sweden. Each work performs a unique set of precise choreographies before the minute display changes. 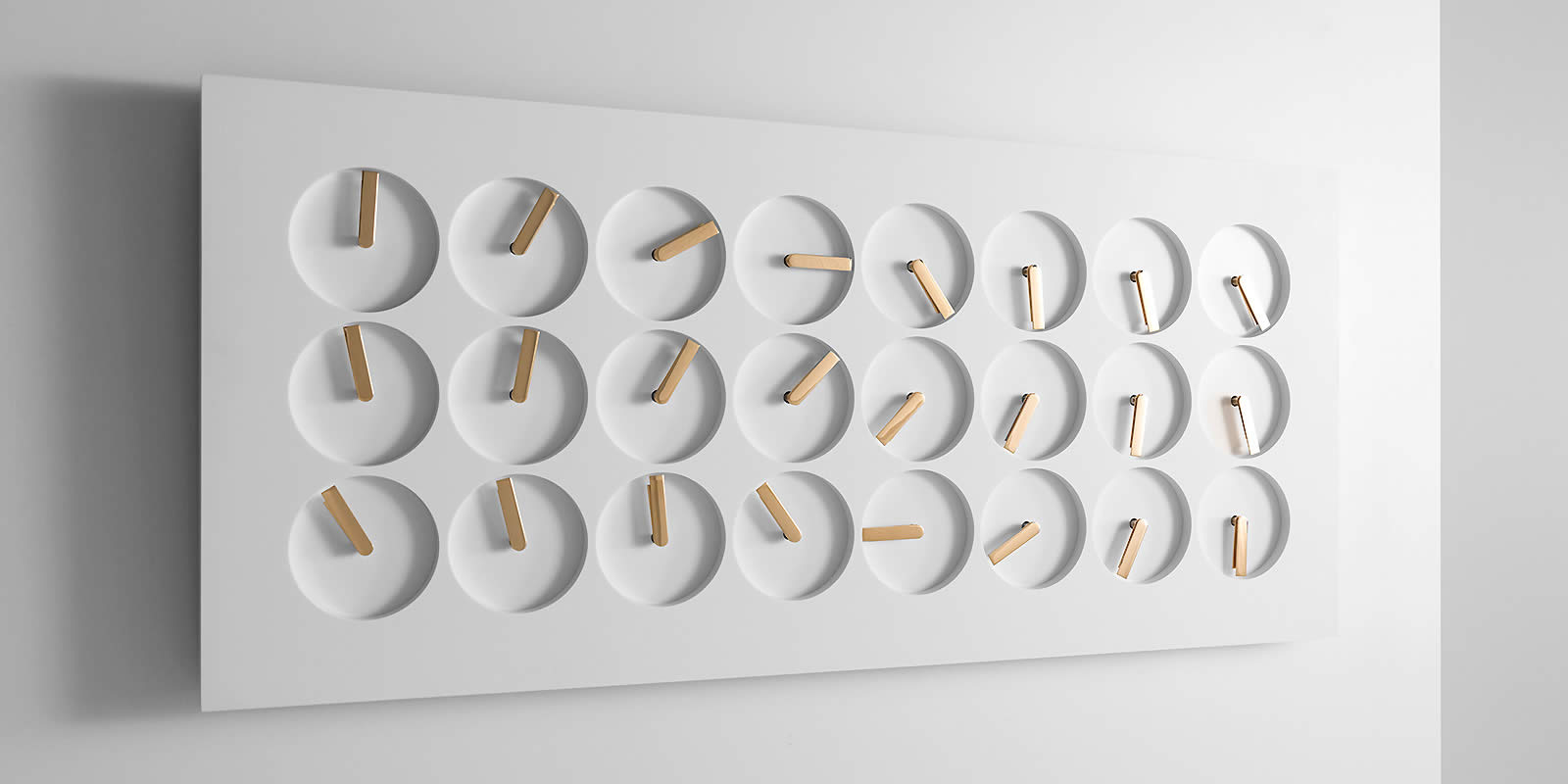 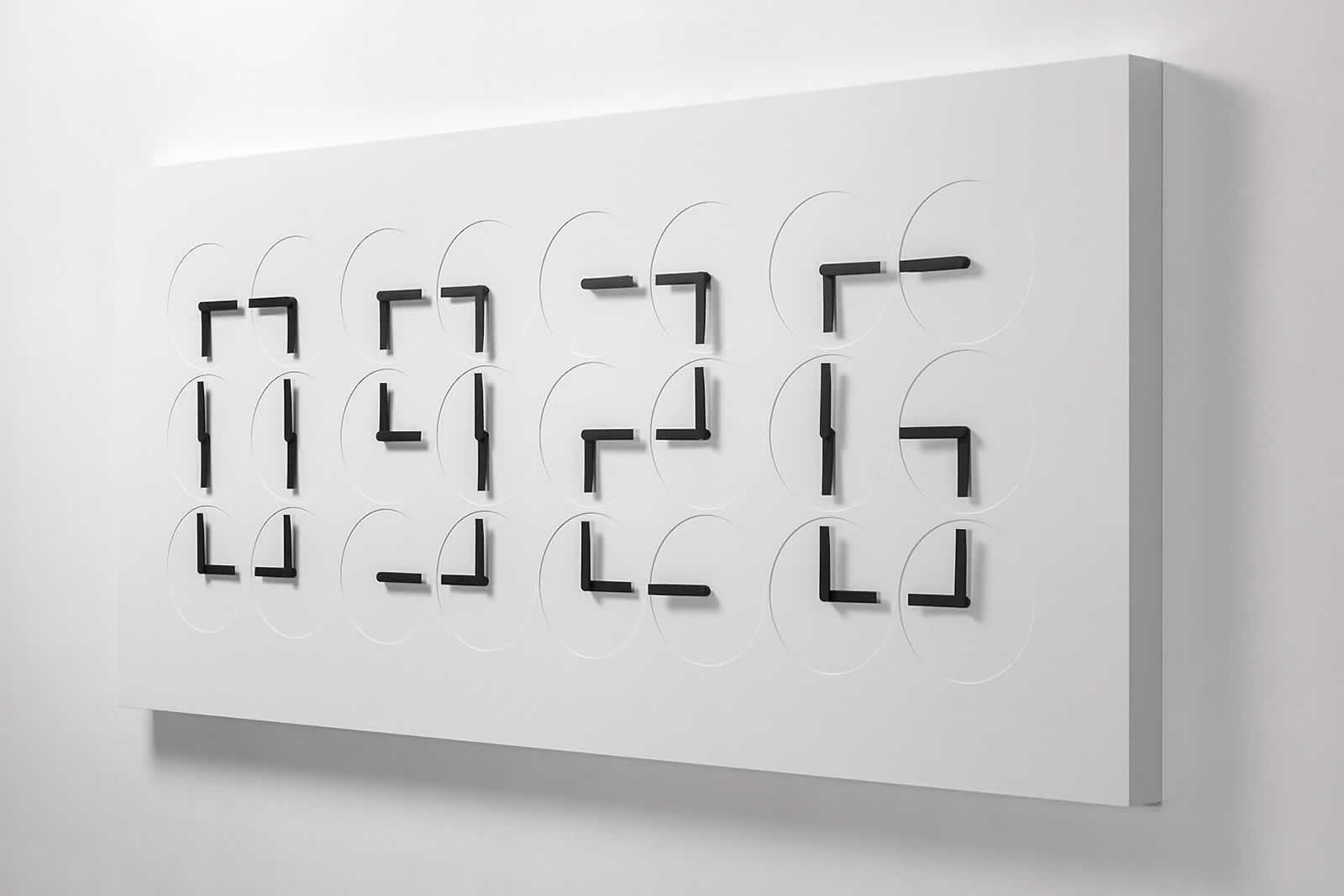 Released in 2019, ClockClock L has three times the surface area of the ClockClock 24. Meticulously custom-sculpted aluminum body coated in either black or white, 24 precisely synchronized clock motors, electronic components, 28.3" x 61.8" x 2.3", 2 editions of 100, 3 modes of movement (21 choreographies uniquely programmed for the L), auto-recalibration mode, and capability to be remotely updated from Sweden. | $47,000

Together with ClockClock editions, A million Times editions form the larger kinetic clock art series by the artist collaborative "Humans since 1982." The artworks in this series each utilize fundamental minimalist forms, the seriality of conceptual art, and kinetic motion.

ClockClock and A million Times editions bring functional objects that are equal parts high design, technical innovation, and fine art to residential & commercial spaces. The works allow lovers of design and kinetic art to enjoy creations by an international design team that has created awe-inspiring public art commissions such as A million Times at Changi (Singapore), which features 504 identical clock faces in motion.

We are happy to be your US contact for any Humans since 1982 commission inquiries or A million Times purchases. Please call or email us.

Humans since 1982 is a interdisciplinary art and design team based in Stockholm, Sweden. They were established in 2009 by Bastian Bischoff (b. 1982, Germany) and Per Emanuelsson (b. 1982, Sweden). The studio is co-owned with engineer David Cox (b. 1983, Australia). Humans since 1982 is also comprised of international programmers, designers, and technicians who collaborate on projects from inception to installation.

Humans since 1982's work is recognized for elevating and subverting everyday objects (whether clocks, smartphones or surveillance equipment), and for lively visual puns—and the pursuit of obtaining the unobtainable.